BOOK REVIEW: The "Bread and Wine" by Ignazio Silone 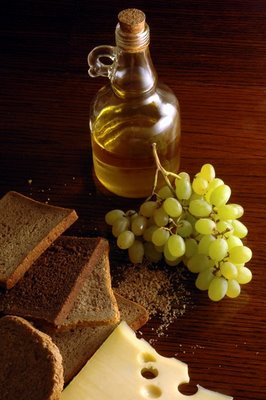 After my last post, I was able to finish the book I intended but forgot all about mentioning the title.

It was "Bread and Wine" by Ignazio Silone and was actually a book assigned during the semester for my history class but never got the chance to read it all. The book is supposed to deal with communism and have second meanings but when I read books, I just interpret them literally. I do not look for symbolism or the significance of a certain event. It just ruins the whole flow of the book and actually slows the pace. What I am saying is if the story is about a communist pretending to be a priest to hide, then to me the story is just about a priest's attempt to elude the anti-communist government. No more no less. While reading certain passages, every now and then a smile formed. It is difficult for me to just pick up a book and start reading but when given the chance, I rarely regret it. Anyhoo, I bookmarked certain pages for future references when I was reading it at the time and thought I share two of them.


"Don Paolo had never been a gourmet, and in any case there was not much variety on the Pietrasecca menu; bread dipped in wine was still what he liked best. But every morning Matalena came up to his room to ask what she could cook for him that day, and this was a daily torment to him. One day he lost patience and told her to give him what all the other inhabitants of Pietrasecca generally ate. Matalena was offended by this, and to get her own back did as he asked. For breakfast she gave him a piece of maize bread with raw peppers seasoned with oil and salt, and for dinner a big helping of bean and potato soup. This diet lasted for only for two days because, apart from the soup in the evening, Don Paolo's digestion could not stand it. The incident came to the cafoni's ears and caused them a great deal of amusement. It's easy to say that one should live like the poor. Matalena exploited her victory and reverted to the morning consulations." - p67 Bread and Wine

"Don Bendetto went on in the same sad tone with which he had begun, 'I live here with my sister, between my garden and my books,' he said. 'For some time past my mail has obviously been tampered with, newspapers and books arrive late or get lost in transit. I pay no visits and receive few, and most of them are disagreeable. All the same, I'm well informed about many things, and they aredemoralizing. In short, what is should be given to God is given to Caesarand what should be left to Caesar is given to God. It was such a brood that the Baptist spoke the words: "O generation of vipers, who have warned you to flee from the wrath to come?"' " - p224 Bread and Wine

Chinese is like a pure bred dog. English on the other hand is more like a mutt - me

"He has no enemies, but is intensely disliked by his friends." - Oscar Wilde

"I didn't attend the funeral, but I sent a nice letter saying I approved of it." - Mark Twain

"Some cause happiness wherever they go; others, whenever they go." - Oscar Wilde

"Very often it’s not the problem that is the problem, but our reaction to it." - ?

"They never open their mouths without subtracting from the sum of human knowledge." -Thomas Brackett Reed